This briefing analyses leaked proposals for so-called investor-state dispute settlement under the proposed EU-US deal and reveals a determined lobby campaign from industry lobby groups and law firms to grant unprecedented rights to corporations to sue governments for legislation and regulations that interfere with their profits.

The proposed Transatlantic Trade and Investment Partnership (TTIP) between the EU and the US will open the floodgate to multi-million Euro lawsuits from corporations challenging democratic policies to protect the environment and public health.

The proposal, which has come to light in leaked versions of the EU’s draft negotiating mandate for the transatlantic negotiations, would enable US companies investing in Europe to skirt European courts and directly challenge EU governments at offshore tribunals. EU companies investing abroad would have the same privilege in the US.

Such far-reaching investor rights would bring a corporate litigation boom – that has so far mainly affected developing countries – to the US and Europe. Investor-state disputes have risen thirteen-fold from 38 cases in 1996 to 514 cases in 2012, often involving millions of dollars and regularly undermining democratic policies. In both Uruguay and Australia, US-based tobacco giant Philip Morris has sued over health warnings on cigarette packets; Swedish energy multinational Vattenfall is seeking $3.7bn from Germany following a democratic decision to phase out nuclear energy; and US-company Lone Pine is suing Canada for US$250 million over a moratorium on controversial shale gas extraction (fracking) in Quebec. 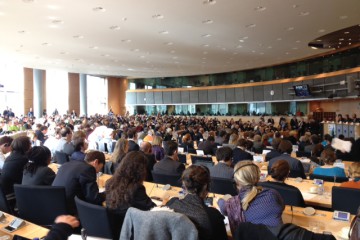