Article – Remunicipalisation in Berlin after the buy-back

From de-privatisation to demands for democratisation

The largest Public-Private Partnership in water sector in Germany ended in 2013 after the longstanding social mobilisation. Remunicipalisation cost a high price for the city of Berlin though. Berliners have striven for new challenges.

The privatisation of the Berliner Wasserbetriebe

In 1994, a grand coalition in the Berlin Senate between the Christian Democrats (CDU) and the Social Democratic Party (SPD) opened the Berliner Wasserbetriebe (BWB) to commercialisation through its reorganisation into a public company organised under private law. Five years later, another grand coalition under the same mayor, Eberhard Diepgen (CDU), sold 49.9 per cent of the BWB for DM 3.3 billion (€1.69 billion) in equal shares to the companies RWE Aqua Ltd. and Vivendi Environment (later Veolia). The process leading to privatization has been criticized for being undemocratic and secretive.[1]

The public-private-partnership (PPP) model was a highly complex holding structure (centred around the BerlinWasser Holding PLC) that assured substantive tax advantages for the public and private owners by maintaining a public legal status, although operations were fully commercial. Despite their minority share, the private companies controlled the management and were guaranteed high profits through secret contracts. Part of the problem was that the PPP’s advantages for private companies were “hidden by a cracking façade of legal legitimacy” [2]established by a series of public and secret contracts. For 30 years, the PPP contracts could not be re-negotiated or cancelled. The consequences were a rapid rise in water prices, massive job reduction, and a considerable reduction in investment that impacted on local industry and resulted in a “marked under-investment”[3] in infrastructure. From a democratic, social and infrastructure maintenance perspective, the commercialisation and partial privatisation of the Berlin Water Works of 1999 were a disaster. From the perspective of the private shareholders RWE and Veolia, it was a profitable business.[4]

The campaign for remunicipalisation [5]

After initial sharp price rises in 2004, and inspired by the water struggles in Bolivia and the Venezuelan mesas de agua (water tables), the Berliner Wassertisch (Berlin Water Table) was created in 2006. Demanding remunicipalisation was legally impossible, so in 2007, the Berlin Water Table (BWT) launched a popular referendum campaign for the disclosure of secret contracts. In February 2011, at the final stage of the popular referendum, 666,235 Berliners voted in favour of the proposition “Berliners want their water back”. Despite attempts by the Senate to obstruct it, the referendum was the first successful popular referendum in Berlin and is widely recognised as having been a huge success for democracy.

Because of the popular law, the political landscape changed considerably and the government was forced to act on remunicipalisation. A parliamentary Special Committee on Water Contracts (Sonderausschuss aufgrund Art. 3 des “Volksgesetzes”) was set up. It was controlled by another grand coalition of SPD and CDU (under the SPD mayor, Klaus Wowereit) and the secret contract was unopposed. The Senate then argued that the only option for remunicipalisation was an expensive buy-back and public debates about how best to de-privatise BWB ensued. The BWT proposed a legal challenge and unilateral cancelation of the contract because of its unconstitutional guarantee of profits to the private companies. Instead of legally challenging the PPP, the Senate negotiated arguably expensive buy-backs of RWE’s shares for €618 million in 2012 and of Veolia’s shares for €590 million in 2013.

In the words of the BWT, this was “good news and bad news at once”.[6] Despite the favourable ownership change, no formal reorganisation of the utility has since taken place. The complex holding is still in place and the Berlin Senate intends to continue running BWB as a profit-oriented holding.[7] The buy-backs were financed by a 30-year loan that will be repaid with tariffs paid by water customers. So the buy-back has effectively put a burden of debt on the water utility while the income generated by the PPP deal in 1999 went to the Senate’s coffers and to debt servicing. The effect of this debt and expectations of a return by the Berlin Government puts pressure on the utility. For example, the Federal Cartel Office was critical of the BWB tariffs being considerably too high and decreed a price reduction of 15 per cent. In order to avoid legal action, the new public owner will reluctantly reduce water tariffs by 6 per cent in 2015. But because of the economic constraints created by the expensive buy-back, the Senate will finance this with job reductions of up to 10 per cent and further reduction of infrastructure investment. At the same time, it expects to keep receiving returns from its water business.

The remunicipalisation campaign after the buy-back

Clearly, the BWT is opposed to the continuing neoliberal rationality of public ownership and this is why the water activists today re-focus the citizen-led project of remunicipalisation towards the more encompassing notion of democratisation. Today’s campaign hinges on the slogan: “First remunicipalisation – then democratisation” and formulates demands for transparency, public participation, and the re-organisation of the water utility and its business model. A positive result of the remunicipalisation has been heightened public scrutiny of the utility’s operations. Public debates, for example, focus on levels of infrastructure investment of BWB under the new public ownership, which is widely criticized for maintaining the under-investment of the previous private operators. In summary, water privatisation may have ended in Berlin, but commercialisation of the re-municipalised water company persists.

In November 2013, the Berlin Water Council was founded as an open forum “for everyone who wishes to become involved in the planning and implementation of this new Berliner Wasserbetriebe under the citizens’ control”.[8] In addition, a Berlin Water Charter was drafted by the BWT in 2013, as a means to propose and discuss political, economic, ecological and legal principles for a new public water utility in citizens’ hands.[9] The period after the buy-back is a particular stage of the remunicipalisation process. Policymaking and implementation takes place mostly in the Senate of Berlinand the utility itself, and so is removed from activist influence. Also, the government met the immediate demands for de-privatisation and the new demands for participation and democratisation are not so easy to campaign around.

As a result, the local activist movements are changing their strategies to focus on more complex demands for democratisation and, more than ever, need the collaboration of workers. Unfortunately, bad relations between the citizen movement and the workers’ and trade union representatives of BWB were a sour point in the referendum campaign. So far, the citizen-led water movement in Berlin has not succeeded in articulating its struggle with workers’ representatives and trade unions in the utility. That may be one reason why the Senate has had some success in blocking meaningful debate about the future of the remunicipalised BWB. It is fair to say that with the buy-back the Berlin government has recaptured the political control over the remunicipalisation process that it lost momentarily with the successful referendum in 2011. Water activists are now in search of new forms of engagement in public utility reform. This nexus of the politics of consumption (citizens) and production (workers, unions) is now a critical factor in the movement’s strategy.

[5] For further detail on the 3 stages of the popular referendum refer to the timeline of events by the BWT:http://de.scribd.com/doc/215326222/Berlin-Water-Table-The-Most-Important-Steps-11-4-2014 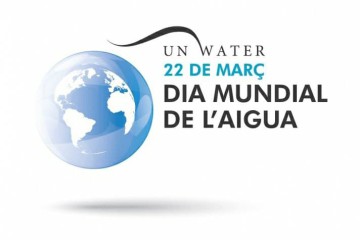 Article – Remunicipalisation in Berlin after the buy-back