The European Union is currently undergoing the biggest economic crisis since its foundation 20 years ago. Economic growth is collapsing: the eurozone economy contracted by 0.6% in the fourth quarter last year and this slump is set to continue.

The euro crisis was incorrectly blamed on government spending, and the subsequent imposition of cuts and increased borrowing has resulted in growing national debts and rising unemployment. Government debts in crisis countries have predictably soared: the highest ratios of debt to GDP in the third quarter of 2012 were recorded in Greece (153%), Italy (127%), Portugal (120%) and Ireland (117%).

Under pressure from the European Commission, Europe’s member states have responded by implementing severe austerity programmes, making harsh cuts to crucial public services and welfare benefits. The measures mirror the controversial structural adjustment policies forced onto developing countries during the 1980s and 1990s, which discredited the International Monetary Fund (IMF) and World Bank.

The results, like their antecedents in the South, have punished the poorest the hardest, while the richest Europeans – including the banking elite that caused the financial crisis – have emerged unscathed or even richer than before.

Behind the immoral and adverse effects of unnecessary cuts though lies a much more systematic attempt by the European Commission and Central Bank (backed by the IMF) to deepen deregulation of Europe’s economy and privatise public assets. The dark irony is that an economic crisis that many proclaimed as the ‘death of neoliberalism’ has instead been used to entrench neoliberalism. This has been particularly evident in the EU’s crisis countries such as Greece and Portugal, but is true of all EU countries and is even embedded in the latest measures adopted by the European Commission and European Central Bank.

This working paper gives a broad and still incomplete overview of what can best be described as a great ‘fire sale’ of public services and assets across Europe. Coupled with deregulation and austerity measures, it is proving a disaster for citizens. Nevertheless, there have been clear winners from these policies. Private companies have been able to scoop up public assets in a crisis at low prices and banks involved in reckless lending have been paid back at citizens’ expense.

Encouragingly though, there have been victories in the battle to protect and improve our public services which serve as beacons of hope. There is even a counter-trend of remunicipalisation taking place in Europe as people have become aware of the cost and downsides of privatising public services, particularly water.

As public awareness grows that the European Commission far from solving the crisis is using it to entrench the same failed neoliberal policies, these counter-movements and growing popular resistance can work together to halt the corporate takeover of Europe. 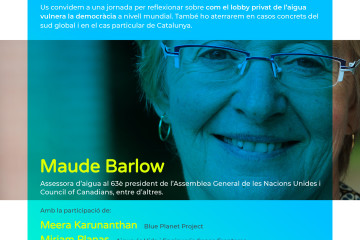