Paris’s move to take back water supplies inspires others

Nearly five years after Paris took the management of its water supply back into its own hands, the move is inspiring other cities at home and abroad and hurting profits at private water firms Veolia and Suez Environnement.

In 2008, socialist mayor Bertrand Delanoe ended the contracts with the two firms that had operated Paris water distribution systems since 1985 – Veolia on the right bank of the city and Suez on the left bank.

Publicly owned Eau de Paris, which took over from 2010, has since become a model for a string of French and foreign cities and a threat civic leaders now use to force down prices.

That is posing a big challenge to Suez and Veolia. While they have responded by focusing more on their waste and energy activities and looking for industrial clients, they still rely heavily on water. In 2013, water accounted for about 45 percent of Veolia’s 22 billion euros ($30 billion) of revenue.

“The success of the Paris remunicipalisation, our ability to make profits and lower prices, has convinced many other cities, whatever their political colour, that public water is an option,” Celia Blauel, new head of Eau de Paris, told Reuters.

Since the move by Paris, with its population of more than 2 million, other French towns with a combined population of about 1.4 million people – including Rouen, Saint Malo, Brest and Nice – have also decided to go back to public water management, according to EU public water lobby Aqua Publica Europea.

The group expects more authorities representing a combined population of 1.9 million – including Bordeaux, Rennes and Montpellier – will follow suit between 2015 and 2018.

Data from public services group FNCCR show that in 2011, public operators’ share of drinking water management in France rose to 39 percent from just under 30 percent in 2004, and their share of water purification to 58 percent from about 45 percent.

The move coincided with a string of socialist victories in local elections. That trend turned in March, when the Socialists won just 38 percent in municipal elections and more than 140 towns swung to the right.

Jean-Raphael Bert, a consultant who helps towns switch from private to public suppliers, said it was too soon to say whether the new political climate would affect water policy.

“The new mayors have not thought this through yet,” he said.

But an October 2013 study of French water prices by consumer group UFC Que Choisir suggests local leaders may find it hard to resist more public ownership of water supplies. It found that for French cities of more than 100,000 people, those with the cheapest water rates were nearly all run by public bodies, while those with the most expensive were mainly run by Veolia or Suez.

While Veolia, Suez and smaller peers such as Saur still control some 60 percent of France’s water market, the trend for cities to retake control has eaten into their margins and pushed them into looking for new water markets abroad and selling waste services for industrial clients.

“The Paris remunicipalisation decision has done a lot of damage to our profession,” Veolia chief executive Antoine Frerot told Reuters at a conference last week.

He said that while the number of cities that had moved to public water suppliers had been relatively limited, mayors had used the threat of it to negotiate lower prices and shorten contract periods.

Frerot said profit margins in the French water business had fallen some 20 percent, but added new contracts – while shorter at around 10 years from 25 years or more before – were still enough for firms to cut costs and gradually restore margins.

Private water firms have had a dominant role in France for more than a century and in England and Wales since the 1989 Thatcher privatisations. Private utilities also have significant market shares in Spain, Italy and Denmark, but attempts to privatise water elsewhere have met major resistance and support for public ownership appears to be growing across Europe.

Italians rejected further water privatisation in a 2011 referendum, while Berlin retook public control of its water late 2013, buying back stakes in Berlinwasser from Veolia and utility RWE. In May, a court blocked plans to privatise Athens Water on health grounds.

And in a campaign that made the first successful use of the European Citizens’ Initiative – a 2012 addition to EU treaties aimed at boosting direct democracy – the Right2Water petition organised by public water unions gathered 1.9 million signatures against water privatisation.

As a result, the European Commission said in March it would remain neutral on national decisions about ownership of water.

Stymied in Europe and with only about 10 percent of the U.S. water market open to private utilities, Veolia and Suez have turned to emerging markets such as China, India, Latin America and the Middle East.

Veolia and Suez have become the world’s largest private international water and wastewater firms, serving populations of 124 million and 118 million respectively, of which 80 to 90 percent are abroad, according to Global Water Intelligence.

However, they worry that even cities in emerging markets might start to question private ownership of water supplies.

NGO Transnational Institute’s remunicipalisation tracker (www.remunicipalisation.org) lists several developing countries where water has been brought back into public hands or where such campaigns are ongoing, and cites Ghana as an example of where a privatisation failed and water is back in state control.

Last month, local authorities in Morocco blocked a deal by Veolia to sell its local water, wastewater and electricity businesses due to a dispute over investment, and said one option was for them to take back control of the unit.

While NGOs and some political opposition have done little to slow the fast growth of private water firms in developing countries, Paris’s shift back to public water ownership has caused a lasting image problem, according to Veolia’s Frerot.

“Whenever I visited a prospect around the world, and it must be the same for our peer (Suez), they would ask me why they would do business with me if even the French capital has no confidence in the French water firms,” he said. 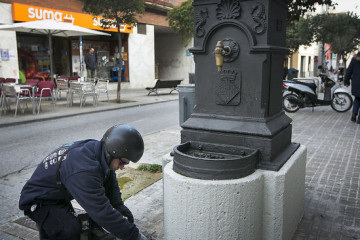